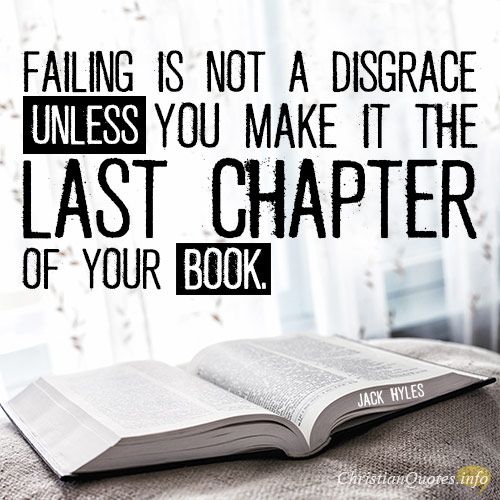 Sometimes I don’t understand God’s plan. Sometimes I am completely confused at what direction God wants me to take.  I feel fairly powerless in a good portion of the struggles I’ve been fighting, and it’s been stressful. In spite of these things, God has a plan.

The Apostle Peter didn’t always understand the plan. Maybe that’s why I’ve always felt a personal endearment to Peter. I am quite an amplified version of his clueless though. I think he was still quicker on the uptake than I am. I feel like I understand him on some level. I feel his eagerness to please the Lord.  I can think of situations in my life where my own heart has failed me, and I recognize His courage being strong enough to attempt walking on water, but not strong enough to sustain itself when the doubts seeped in.  I pray for God to accomplish His holy will, but when trying situations unfold, I struggle against doubt. I constantly find myself reaching up to God again and again when I feel myself beginning to sink. I can imagine his disbelief and fear when Jesus told him that he would deny him not only once…but 3 times. Jesus was his friend, and he didn’t want to fail Him. That had to be a horrifying thing to be told was in his future.

33. And he said unto him, Lord, I am ready to go with thee, both into prison, and to death.

34 And he said, I tell thee, Peter, the cock shall not crow this day, before that thou shalt thrice deny that thou knowest me.

Peter probably felt a sudden determination to prove his loyalty. Peter made a decision to defend his Lord. Peter was prepared to fight. When the situation in the Garden unfolded shortly after supper, he saw his opportunity and made a move to defend Jesus. He swung and lopped off that soldier’s ear; but that wasn’t the Lord’s plan. That was not how God intended this all to go down. Jesus told him no.  Jesus healed the ear of the soldier and surrendered to them. I can only imagine Peter’s confusion. This man was the son of God, and he was just going to surrender? How on earth did this make any sense? The one who brought souls back from the dead…wouldn’t fight for his own life?

I personally wonder if he wasn’t so thrown off by the plan of God unfolding so differently than he’d envisioned, that he began to doubt. Peter denied knowing Christ right after this.  I think fear and confusion may have taken over. How can this be the son of God if He is allowing himself to be taken without a fight? Why wouldn’t Jesus or God change this situation? I would be lying if I didn’t tell you that in the very worst moments of my life, that I didn’t wrestle with doubt concerning the wisdom of God’s plan in allowing certain awful things to take place. Then it happened, the worst part of all of it. He denied knowing Christ. Christ had been there for him all this time, and in the moment his support mattered the most…he failed his friend. I imagine he experienced shame and anguish and possibly even some self hatred. He wept bitterly over his failure.

I believe Peter went through some deep and painful reflection in the moments between denying Christ, and rededicating his life to Him. Beautifully enough, this situation was yet another witness to Jesus’s prophesies coming true. He knew Peter would deny Him and he did. Isn’t it the bitterest of sweet, that Jesus gave Peter another witness and testimony of His wisdom, even if it was in the form of Peter’s own worst failing? Jesus had prophesied this to Peter, and He’d been proven again. Peter had a choice in those moments of realizing his humaness and aptitude to fall short of the mark. He could go the route of Judas and refuse to humble himself, or Peter could accept his failure, ask forgiveness, and commit again to do better. I am so glad Peter chose the latter. His triumphs and failures are all together a beautiful testimony and comfort to me. If an Apostle who walked in person with Jesus, could fail and come back from it, so may I come back after my failures.

A sermon was recently centered around this same story. I have to tell you, the minister who gave this sermon, is one of my favorite’s. He always presents his sermons in a way that cause me to look at everything from a slightly different perspective. He read Mark Chapter 14. At the end he spoke about Peter’s misunderstanding of God’s plan,  his successes in his walk with Christ and his failures. He mentioned Mark 14:30 & 31

30. And Jesus saith unto him, Verily I say unto thee, That this day, evenin this night, before the cock crow twice, thou shalt deny me thrice.

31 But he spake the more vehemently, If I should die with thee, I will not deny thee in any wise. Likewise also said they all.

Not only Peter said this oath, but it say’s they all did. It’s kind of easy to pick on Peter because he tries to do the right thing but fails brutally. The truth is, we all do that. If I failed to appreciate Peter’s testimony because of his failure, it would be the equivalent of scoffing at a figure skater for wiping out, when I myself can barely even stand in ice skates. Did Peter really fail in his walk? I don’t think so. He ultimately learned from his failure and kept his oath. He eventually did fulfill it. By the end of his life, he’d gone to prison and to death, still seeking to walk with his Lord and Savior Jesus Christ. He didn’t fail because he didn’t give up. He took those situations, learned from them, gained wisdom, and remained faithful. He finished his life, still as a follower of Christ Jesus. That is triumph and success.

I don’t understand all the directions life takes or how they always tie into God’s plan, but I have faith that someday it will make sense.  I was driving and praying the other day, and I had a freeing and comforting thought. Every door that closes and every window that gets locked tight, is to redirect and protect. God will open the way He wants me to go. He has a plan and if this is the avenue to find it, then it is exactly what needs to be happening. After all, God and I are both trying to get me to the same destination…Back home to Him.

As we usher in this brand new year with endless possibilities, I pray we all are comforted by the knowledge that God already has a plan. He knows what lies ahead and He has been laying the stepping stones to direct us. Even if His plan doesn’t look like our own, the end game is the same. It’s never too late to start over brand new. I wish you a joyful 2019 you guys. God Bless you and God speed. Huge hugs!

One thought on “End Game”

Purchase my book on Amazon.com
Join 4,663 other subscribers