It’s been a long and annoying week. Some teenagers have been regularly doing donuts in their trucks in our church’s parking lot next door to our house. It was mainly just aggravating until it finally threw rocks hard enough to shatter our Honda Pilot’s back window and pepper the entire side of our house with gravel. I had to file a police report for vandalism. I’ve been on edge all week. With each night that they tear through, I’m worried I’ll have to file another police report for damaged windows or that they will finally accidentally hit our 2 ft tall block wall and go through it. The most frustrating part is that the darkness makes it impossible for our outdoor security cameras to make our their license plates. By the time you get out of the house, they are already too far away to see. I was actually waiting for them outside with my camera one night and caught one of the trucks on video and still couldn’t make out their plate because it was too dark. On Wednesday night after prayer service, they actually drove by slowly and my Father in law yelled and pointed and said, “That’s them!!!” Another church member was already in their car and followed after them to see their plate. The culprit ended up flying through a left turn on a red light to get away. It’s become their mission to destroy our church property and our family is getting the raw end of it.

All 3 of our kids have also been super sick with coxsackie virus this week, which is more commonly called hand, foot and mouth. My husband now humorously refers to it as “hoof and hind disease,” which actually also sums it up perfectly. You get a sore throat, high fever, and then about 24/48 hours after that, a terrible painful rash. It’s now touched each of the 3 of our kids and I’m not feeling great myself. I don’t know if I’m getting sick or I’m just very sleep deprived and stressed.

My heart hasn’t been 100% in the right place. I admit I’ve brainstormed homemade stop sticks, and even waiting in my car so I can peel out and chase them to see their plates. I know that neither of those things are good ideas but boy howdy if I wasn’t a Christian, I’d have done them both already. Last night one of the trucks did a drive by and I think it finally sent my nerves over the edge. My heart started pounding and my blood was boiling. Somehow after I cooled off, I realized that I can no longer let this make me this angry. I have been praying for these guys to stop, their hearts to be softened, and the wheels of their trucks to fall off daily. That’s probably not all I should have been praying for. I probably should have been praying for me to be in the right mindset. I’m still struggling with wanting to retaliate somehow, but I know myself and I know I won’t. It just comes down to one thing. I love Jesus, and I’m not willing to let these two knuckleheads put me at odds with Him.

John 15:20 Remember the word that I said unto you, The servant is not greater than his lord. If they have persecuted me, they will also persecute you; if they have kept my saying, they will keep yours also.

If they persecuted Jesus, they will persecute those of us who love Him. It should be an honor to stand for such a cause, even if it means our cars get vandalized and our gravel parking lot has deep ruts from repeated donuts. I have been trying to remind myself of this very thing. Loving Jesus is worth being hated for, because He is my best friend, and He stands for all that is good.

Mathew 5:12 Rejoice, and be exceeding glad: for great is your reward in heaven: for so persecuted they the prophets which were before you.

I’ll be honest, I don’t think I’ve reached an “exceeding gladness,” about this persecution; but I am working on having a better attitude about it. I mean, this is small beans compared to what Jesus suffered for me, and what the prophets and apostles, and many Christians up to this very day, have suffered. Hopefully the next time I hear their sliding tires, revving engines, and flying gravel…I will be able to tell myself; Count it all joy Amy.

The truth is that if you are precious to God, you are important to the devil. There is no need for the devil to hone his destructive energies in on those who already are his. The destruction is aimed at those who are holding on to faith, trying to be righteous, and inspiring those around them to keep faith in God. These things are done to frustrate and discourage our dedication. If we let it, he wins. If we count it an honor and a privilege, God wins.

I had a memory cross my mind last night that I’d completely forgotten about. When I was in college, out in the boonies; I went off roading in a jeep with some friends. I wasn’t driving but I was having a blast. It only now occurs to my more matured brain cells, that that was most likely someone else’s land. I had to say a prayer and ask for forgiveness at the memory. It just never occurred to me until now, that this may have upset someone else. I hate that. I have to forgive these guys even if they keep doing this. I can’t hold onto this and let it make me have a vengeful heart, for I was once a teenage knucklehead in need of wisdom. Grace has to win. 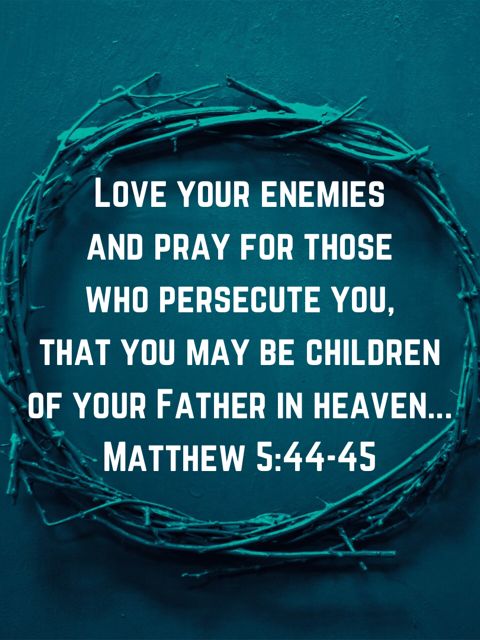 Purchase my book on Amazon.com